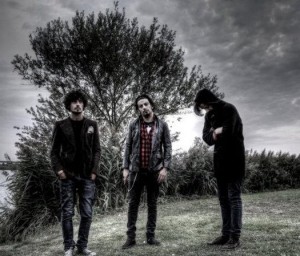 Platonick Dive comes from Livorno, established in 2007, but only the part year the project really took off, when Jonathan Nelli (former Rayo Hormiga drummer) joined the band, and the group moved towards more elegant, refined, avant-garde sounds. They’ve passed a whole year in studio to write new songs of their most anticipated first album with laptops, synthesizers, keyboards, two dreaming guitars and a colossal drum kit, the real backbone of the band.

“Therapeutic Portrait”, more than the first Platonick Dive’s released album, is the combination of a variety of styles, or what the band likes to call the “Avant-Garde Music”, taking the modern sound of today, molded to obtain an unique mix of strong feeling, but at the same time highly ordered. With the colors, the lights and the introspective characteristics of a real portrait.